As the sun rises over Rantauprapat village, North Sumatra, Indonesia, Sukiran leaves his home with his machete strapped to his belt, ready to start a busy day to provide for his family. Like most of his fellow villagers, Sukiran cultivates oil palm to make a living. Agriculture is the primary source of income for Rantauprapat villagers, and oil palm is the dominant crop of choice. But that does not necessarily mean that there are never problems. 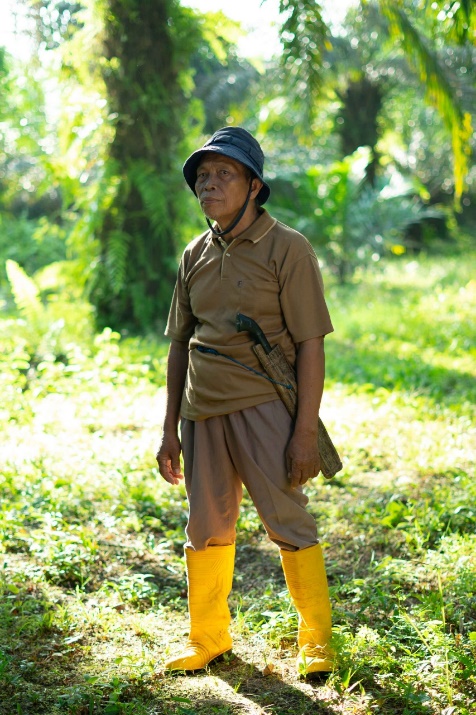 Sukiran’s life had never been easy. Before being a farmer, he frequently jumped between odd jobs, trying to find a stable income to support his family. “I worked twice as hard as I did not have any formal education, and it was difficult to get a good-paying job,” he said.

His life changed after the birth of his first daughter, “I realized I needed to find ways to make more money to make sure she doesn’t have to lead a life of hardship.” He was determined to do better, and then he started planting oil palm.

For 19 years, Sukiran struggled to grow oil palm successfully as he lacked relevant agronomic knowledge. He worked tirelessly on his farm, hoping to make enough money for his family. He was starting to lose hope. Until 2015, he was introduced to the Indonesian Palm Oil Development for Smallholders Programme developed by Musim Mas and International Finance Corporation (IFC), a member of the World Bank Group.

Sukiran, an independent smallholder, with his machete in his plantation

“At first, I doubted the program. Then I thought, a big established company coming all the way here to share their secrets with us, what could go wrong? Out of curiosity, I attended the class,” he added.

Through this program, Sukiran received agronomic, legal, and business training to improve his productivity, resulting in a boost in his income and living standard. One of the many things he learned from the training is proper fertilizer application and identifying nutrient deficiency in his oil palms.

“I used to apply whatever fertilizers that were available in the market at affordable prices without knowing exactly the needs of my oil palms. Now, I plant oil palm using the improved techniques and quality fertilizer I have received from the program. I am thankful.” 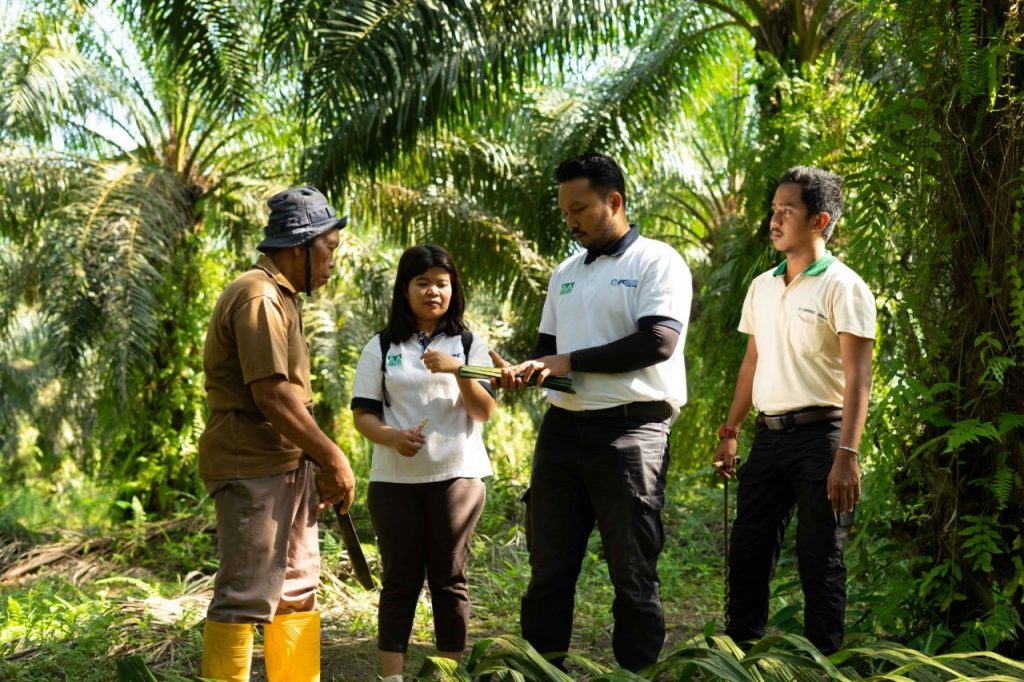 His ambition and eagerness to learn have led him to increased productivity, income, and livelihoods. “I never would have gotten to this point if I didn’t join the program.”

Sukiran proudly said that since joining our smallholder program and learning about good agricultural practices, his harvest has significantly increased from 1.4 tons to 1.7 tons per hectare per year.

Sukiran is one of the 32,000 smallholders whose life has improved after enrolling in our program. As the sole provider for his family, he is now able to send his grandson to get a better education in Yogyakarta, a city of Indonesian education, and improve his family’s quality of life. More on his story here.