Home / Newsroom / Can there be multiple pathways for NDPE compliance?

Can there be multiple pathways for NDPE compliance?

For the longest time, the Singapore education system has been about a fixed pathway, that the only way to educate efficiently is to subscribe to a hierarchy of subjects. At the top are mathematics and languages, then the humanities and the bottom are the arts.

The education system was designed to meet the needs of industrialism during the early days of the nation’s independence. The problem is that not all kids can make it through the system. 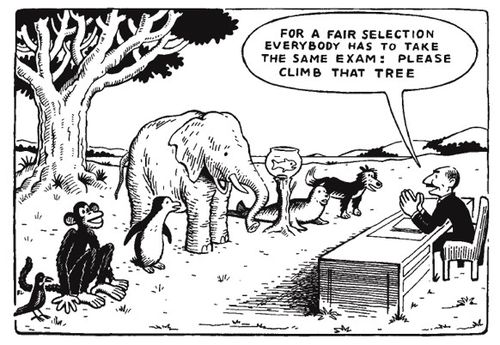 Today, Singapore is in a different space where it can afford to tinker a well-oiled system that has worked well in the past but needed to be improved to meet a different globalised world.

Sometimes some students are better at the arts, sports or dance. The city-state is starting to provide multiple pathways to cater to varied interests. We need an education system that celebrates the richness of human capacity.

Similarly, we need a compliance system that allows flexibility for each producer group to attain NDPE compliance, many of whom are not even members of the Roundtable on Sustainable Palm Oil (RSPO).

We spent a lot of time thinking about engaging our third-party supplier groups to enable them to be NDPE -compliant. We have 600 mills which belong to approximately 250 supplier groups. How do we assure our stakeholders that these suppliers who form the majority of our supply base, is compliant against our NDPE (Sustainability) Policy?

Inspired by the certification systems and the conventional education system, we thought of a single pathway, covering all aspects of NDPE , with an end goal towards verification. We called this the “aspirational roadmap” that goes through the process of having legal requirements and NDPE components in a linear fashion.

But we soon realised that producer groups, as with the students in Singapore, need multiple pathways too.

If we measure them against a strict hierarchy of subjects such as no deforestation, no peat and no exploitation, we risk having suppliers dropped out along the way, because it has become too challenging to be perfect on all counts.

We began experimenting with a customised roadmap that focuses on the fundamental weaknesses and leverages on the possible strength and opportunity.

For example, does a cluster of supplier mills present an opportunity to do a multi-site HCV-HCS assessment in a single landscape, that will enhance landscape conservation work?

Is the supplier group keen to start a smallholder extension service to engage the Smallholders in the region, and therefore contribute to a broader objective of assisting Smallholders ?

Is there an open grievance that we need to sort out?

If we focus on the material issues, given that some of the supplier groups are relatively under-resourced, can we consider these group as being aligned to our NDPE policy? Can we take an adaptive approach to compliance rather than subjecting everyone to the same yardstick?

For the longest time, certification is what we know best, but can we apply the same yardstick to non-RSPO members here? Many may not be incentivised to go through certification systems.

Perhaps let’s tinker with the system and recognise behind the producer groups, we need a verification system that celebrates the richness of these supplier groups and rethink what it means to be NDPE -compliant.